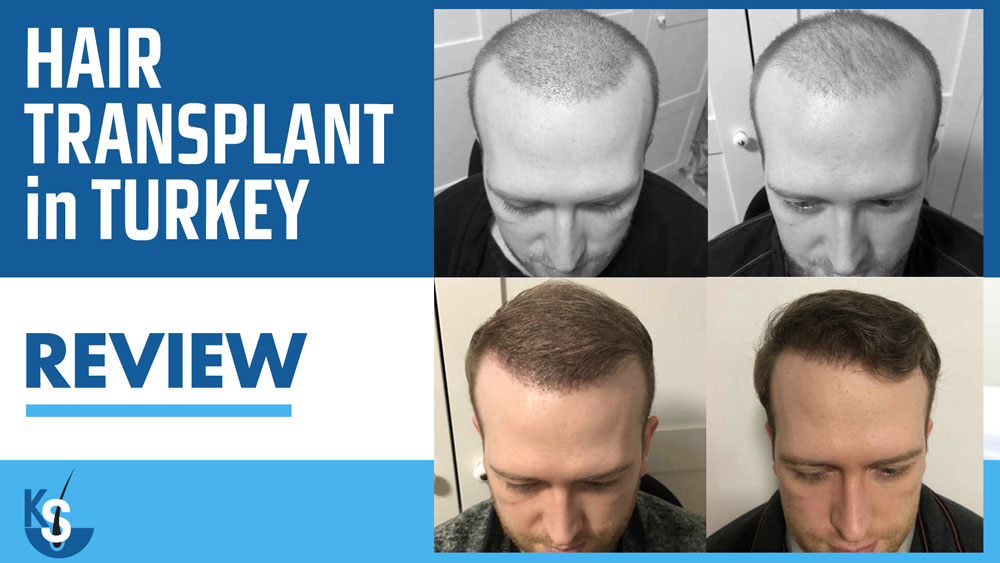 A year and a half have passed since my hair transplantation in Turkey. 3,800 grafts were transplanted in two days. This is the final result. I can already show you this now.

We agreed mainly to focus on the front area. And I will keep an eye on the back area. We’re going to see what happens. But I am definitely more than satisfied with the front area. I wanted to briefly review the whole thing for those who are interested.

I went to Dr. Sahinoglu’s office and was supervised by Health Travels. My primary concern was: Am I doing this in Germany or in Turkey? And I, like probably many others, decided to go to Turkey. Why? Because the value for money, the range of products and the quality you get for the price is, I believe, one of the best in the world.

The doctor performs the operation himself

I have never felt bad at any time, etc. Of course I have also informed myself. And I can only advise you to check where you are doing it, with whom you are doing it and above all what do you want at all? When I dealt with the topic, I only thought: Give me hair, make me drafts. And afterwards I have a nice hairstyle and that’s it. But you have to be careful what you want it to look like. For example, there is the difference between going directly to the doctor or having some assistant do it for you. And it was important to me that if anything should happen while you are there, that there is a doctor with you. Preferably if the doctor performs the operation himself.And yes, in my case that was guaranteed.

That was one of the points when I then said: Okay, you are in good, safe hands. And the results I saw there were beautiful. And yes, that was the point when I said: I will do it in Turkey. So I contacted Health Travels via the Internet, and talked to a Mr. Weber. Then he called me after a few days. I sent him photos. He then told me his personal opinion. And he also said: David, you have to be careful, but we can definitely help you. We just have to focus. We’ll take it step by step. And yes, we’ll have to stay realistic. And then he sent me sample photos of what it could look like.

Getting appointment and flying to Turkey

And after a few phone calls back and forth, it goes faster than you think and then you’re in Turkey. We made an appointment. I flew to Turkey, which is a quick flight from Germany these days. I was picked up, went back to the hotel, and the next day I went to the doctor.

I personally liked that the doctor went over the whole procedure with me. I was prepared to be told: sit down there, we’ll sketch, and we’ ll start the operation immediately. To my surprise, I think we discussed for about two hours – Or an hour and a half where the hairline should be. I have now also combed the hair back specially so that you can see the roots better. Yeah. And that’s kind of the result.

I personally liked that the doctor went over the whole procedure with me. I was prepared to be told: sit down there, we’ll sketch, and we’ ll start the operation immediately. To my surprise, I think we discussed for about two hours – Or an hour and a half where the hairline should be. I have now also combed the hair back specially so that you can see the roots better. Yeah. And that’s kind of the result.

Afterwards, as I was saying – We talked over everything with the doctor. And I have to say, I’m the kind of person who likes to go over things again, to question the procedure. And I also thought it was good that the doctor even said, or offered: If this is all too much for you now, or you are unsure, then we will make a stop here and you will fly home tomorrow. And yes, we’ll drop the whole thing. Then I think I took another ten more minutes to look at the pictures. And then I said: Well, here we go!

How is the procedure?

Off to the operating room. I was immediately attended by the doctor. He also gave the first injection. It is similar to the dentist. You really feel the first pinch but then you’re numb. Now to the operation itself. The syringe. Of course you’ll be shaved before the operation. The hair, the grafts are taken. The grafts are sorted immediately behind you. The doctor works here together with his assistants. Before that, I also read things where four or five people lay next to each other and are operated on. And yes, that it’s kind of like a mass processing. Each person has to know for himself. I think that’s definitely reflected in the price.

Well, we’re being honest here. Yes. But you have to know what you want, and how you want it. And I think when it comes to health, everyone has to decide for themselves. I also thought it was good that the operation was not performed in a single day, but in two days. That gives the doctor time for a certain calmness and precision, I think. He doesn’t necessarily have to hurry or worry about the next patient. It was important to me to achieve a good result – I hope the doctor feels the same way. A good, reasonable- Or, to achieve the best possible result. And I think- Well, I’m satisfied by all means.

There was one more final interview after the surgery. Where we were told once again how I should behave after the operation, or when I fly back, what I should do then. How I should wash my hair, et cetera.

I noticed that at the airport in Turkey, compared to our German airports, there were a lot of people who walked around with bandages or caps, where the head was so to say, their heads were a little red – where you could see that the hair was taken out of the people. So, there is absolutely nothing unusual about that there. Back in Germany there were a few follow-up conversations with Mr Weber. I also sent him a lot of photos. And then he said: “That looks just fine.” Or: wash it more often, the crusts have to fall off slowly, etc.

How was a couple of weeks after the surgery?

In the first days and weeks I only stayed at home so that my hair could grow properly. One must not- Well, I would not recommend anyone to start working again right away. Apart from that, after three weeks I started to work again, because I am employed. And to my astonishment I was only asked: Why did you shave your hair completely now? But there was no question from anybody: Did you get an HT? Well you can ask, it’s no secret. I don’t think it’s a big deal. But I would like to answer a few more questions that I asked myself when I was researching this. What does it look like when you come back? Well, it’s all tolerable and you’re socially acceptable, I would say.

Taking care of your hair after surgery

And you also have to be careful, I think after one or two months the drafts will fall out again. I was spared most of it. Well, it didn’t seem too bad to me. But I also wore a cap all the time. Not at work, of course. And for me personally, it was important to know what the extraction area would look like afterwards. Because I was worried that you could see red spots or even stains afterwards. We’ll take a closer look at it in a moment. Until today, now that a year and a half has passed, I- I’m always in contact with customers or people.

No side effects at all

Honestly, no one’s ever asked me if I’ve had an HT yet, or not? I think that speaks for the results somewhere. I myself have gotten used to the hair now. Of course I’m happy every day when I go into the bathroom and see: Yes, there is definitely something left and you can style something out of it. Another important thing, if you are considering whether or not to have such an operation, you should not expect miracles. You have to stay realistic. And yes, if it is important for you to have a hairline again, or to be able to do a hairstyle, then that is only recommended. I haven’t had any side effects, so no negative, rather positive ones. The numbness that I once had has now completely disappeared. Nothing hurts.

I personally would definitely do it again

The hair grows as you would expect it to. For me there is still a special aspect, I now have slightly wavy hair. But I think that is because the hair that grows back here, when it is longer, also becomes wavy. And since the hair comes from back here, the whole thing is wavy. Apart from that, what remains to be asked in the end is the most important question for me: Would I do it again? And if you don’t expect any miracles, and you are realistic and want to have hair, or if what you see in my case is enough for you, I think I can recommend it. Well, I personally would definitely do it again.